“Daedalus’ Maze” — Be the first to get the treasure and exit the Maze. Spinningmechanism and numerous cards provide constantly changing challenges and play. Can be played by 2-4 players, ages 8+.

Setup:
•  Each player places 4 of their soldiers anywhere on the outside ring of the Maze

To Win:
•  Soldier must be first to reach Treasure Chamber in the center of the Maze, pick up the Treasure, and find his way out to the Exit Zone while still carrying the Treasure intact
•  Other players try to kill that soldier, take the treasure, and exit the Maze*

The Spinning Labyrinth:
•  Rotate the Maze walls one step clockwise (15degrees) after all players have moved their soldiers

“Spinning Maze” — Be the first to reach the center of the board with all your pawns and win the game. Spinning mechanism provides constantly changing challenges and play. Can be played by 2-4 players, ages 8+.

Object: Be the first to enter the Escape Zone (center of the Board) with all your pawns—and win!

To Move: (1) First player moves his/her pawns and then rotates the walls 15º clockwise; (2) Rest of players do the same.

Challenge: Maze walls (red lines) are impossible to pass and can trap players as they rotate. 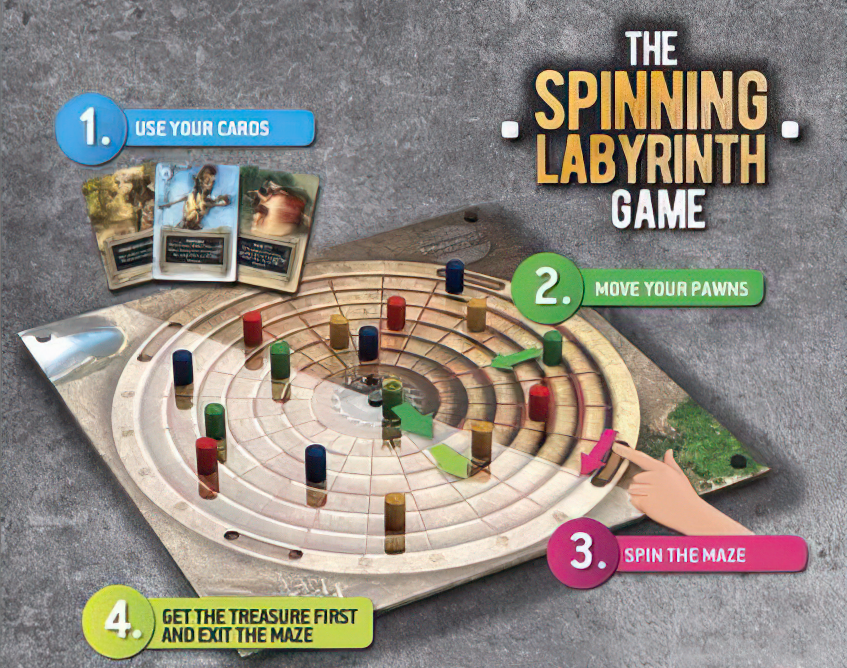 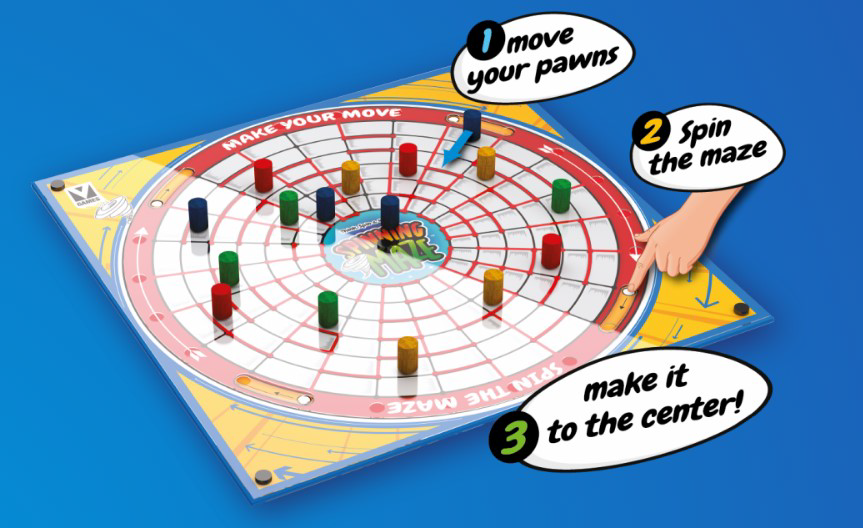 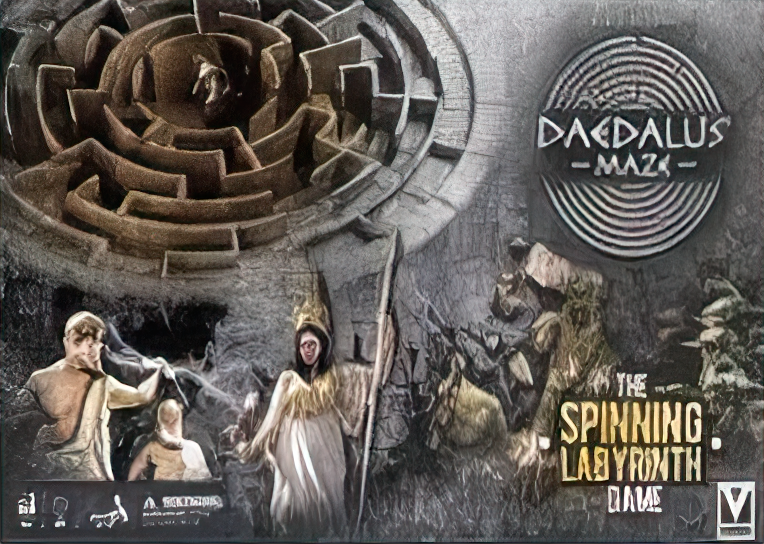 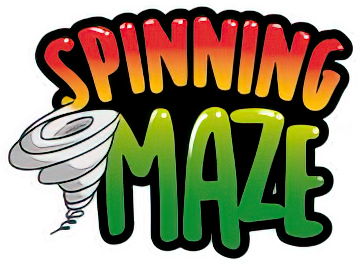 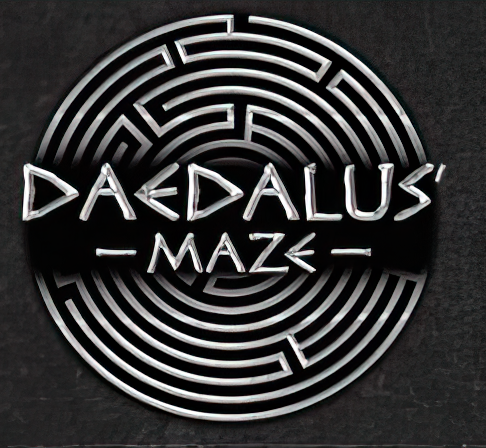 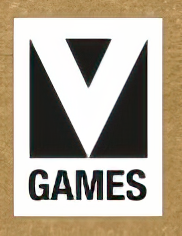